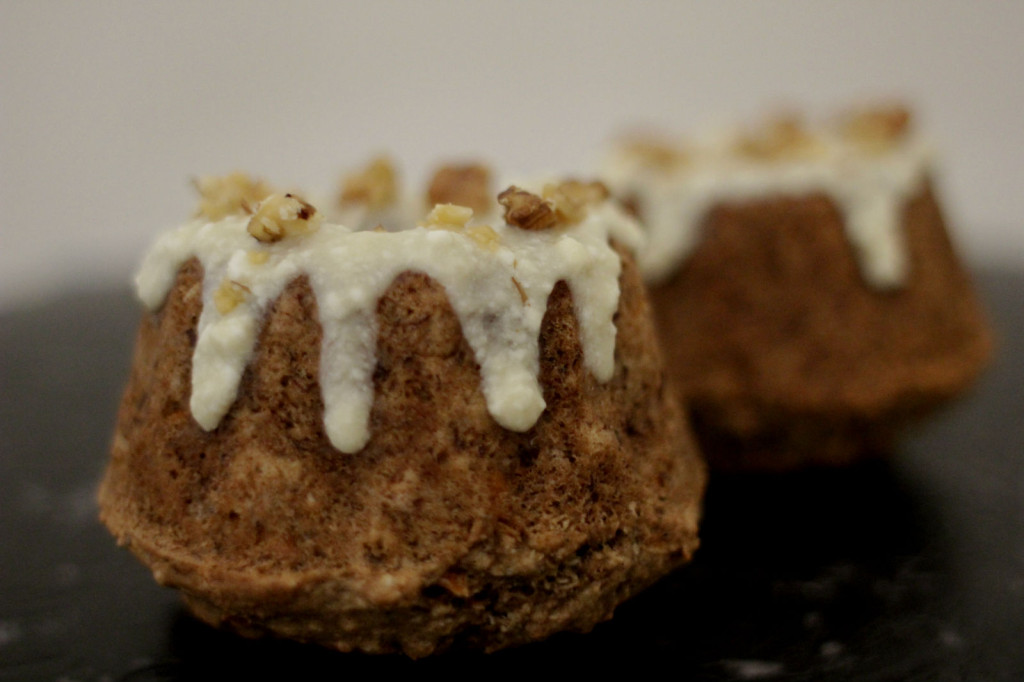 Hummingbird cake is a banana pineapple spice cake with a cream cheese frosting from the United States. I have no idea why it is called Hummingbird cake and no one does? The recipe was published by Mrs. Wiggin in Southern Living Magazine in 1978 and was elected the magazine’s favorite recipe in 1990. Some say that the cake is so delicious it makes you hum with happiness while others think the cake is named because it’s sweet enough for hummingbirds (hummingbirds will select only the sweetest of nectar to drink). The first one sounds good to me 🙂 I made little changes to the traditional recipe using coconut oil instead of vegetable oil, reducing the amount of sugar (hummingbirds might not like this), using coconut sugar instead of brown sugar, using flaxseed meal instead of eggs and cottage cheese for frosting. It is similar to making a carrot cake, simply mixing all wet ingredients and dry ingredients, no stand mixer needed. Either making with the traditional recipe or making changes like me, it is lovely using fruits and veggies in baking, a little healthier I guess. And the house smelled incredible while it was being baked in the oven. Beautiful moist flavoursome cake! Try today or weekend…

Preheat the oven to 180. To make flax “eggs”, mix flaxseed meal and milk in a bowl and set aside. Combine grated carrot, mashed banana, coconut oil, coconut sugar and molasses in a separate bowl and then mix with flax “eggs”. Add all dry ingredients (sifted flour and spices) into the wet mixture. Stir to combine with a spatula. Pour the mixture into a prepared baking tin and bake in the oven for 30-40 minutes until cooked. Cool it down and spread frosting on top.