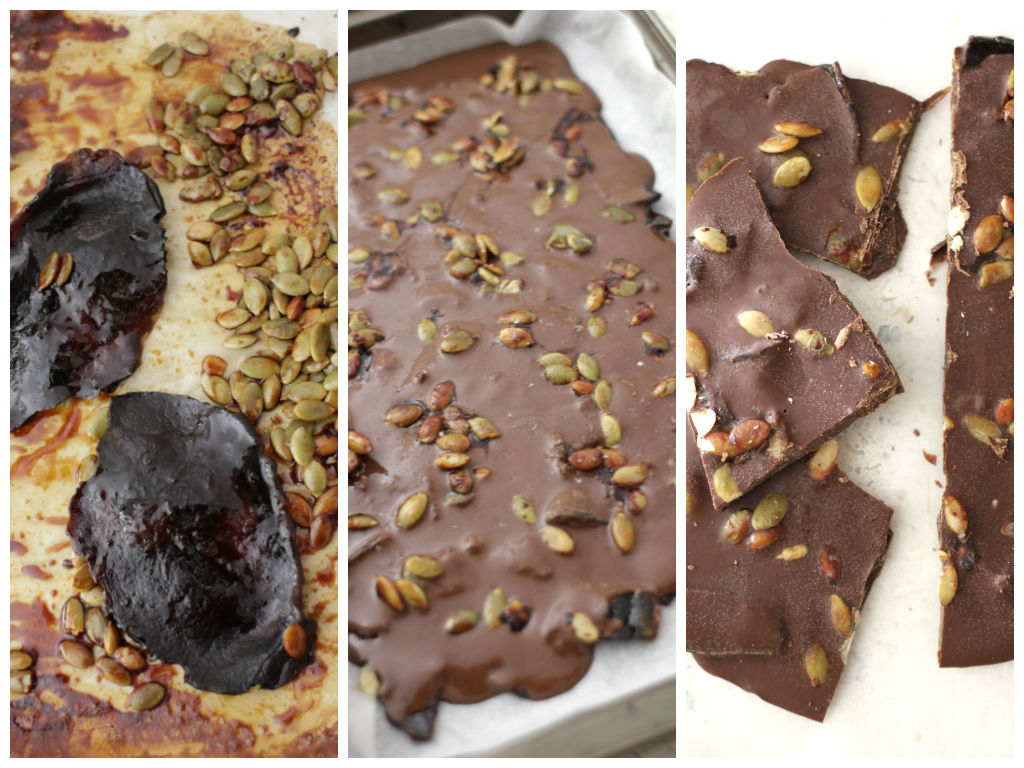 Have you had bacon in sweets? I was surprised how many sweets you can create with bacon. Bacon pretzels, bacon ice cream, chocolate bacon, bacon brownie, cupcakes topped with candied bacon… Wow they all sound quirky and amazing! I remember a friend of mine ordered the bacon on waffles with maple syrup when we had brunch together, which I thought it was a very odd combination. Then another time when Daniel and I went to his friend’s BBQ, Michelle made a bacon ice cream. It even made me a bit squeamish, how is that edible? So I had to experiment this bacon in chocolate today. Verdict? Surprisingly I don’t mind it. If you love bacon, if you love chocolate and if you love salty-sweet combination, give it a go. Maybe I can try it in brownies next time? Poor Daniel.. my ginny pig 🙂

Place bacon on a baking sheet and drizzle honey all over. Put it in the preheated oven (180) for 30-40 minutes until caramelised. Turn the bacon over about half way and add pepitas last 10 minutes. Cool it down until crisp. Melt the chocolate buttons and coconut oil either in microwave or in double-boiler until it’s all melted and smooth. Cut the bacon into pieces and arrange on a baking paper. Pour the chocolate mixture over the bacon and sprinkle toasted pepitas and salt. Place in the freezer for an hour or more to set.Once the bark is firm, break into pieces and store in the air-tight container in the fridge. 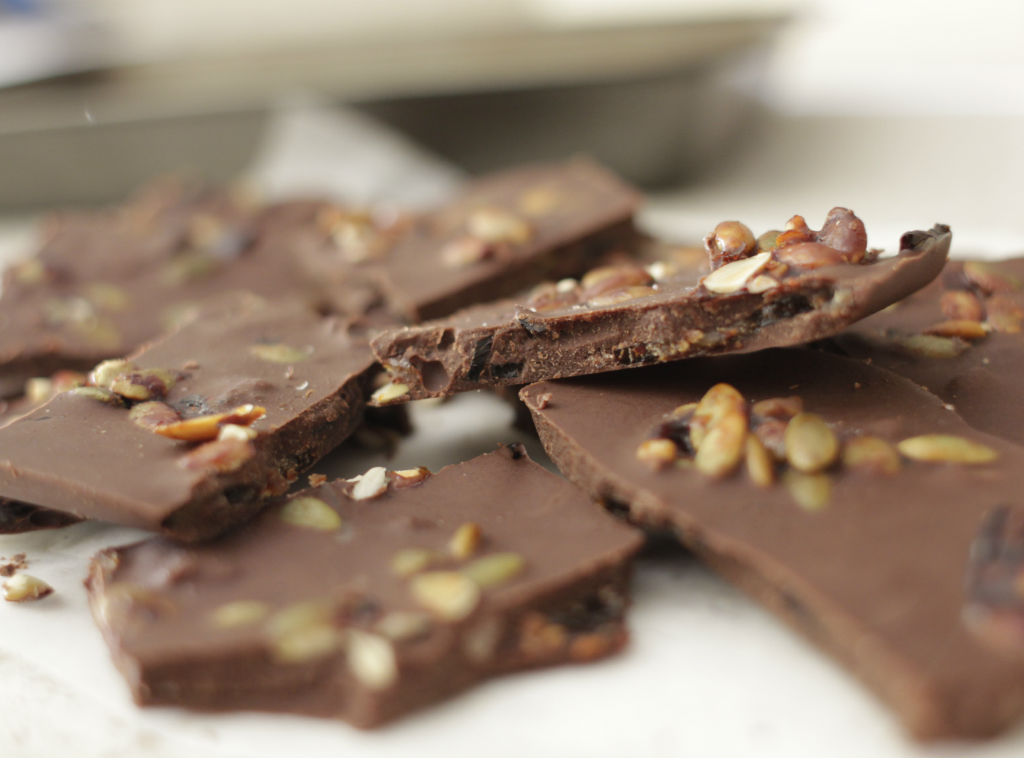