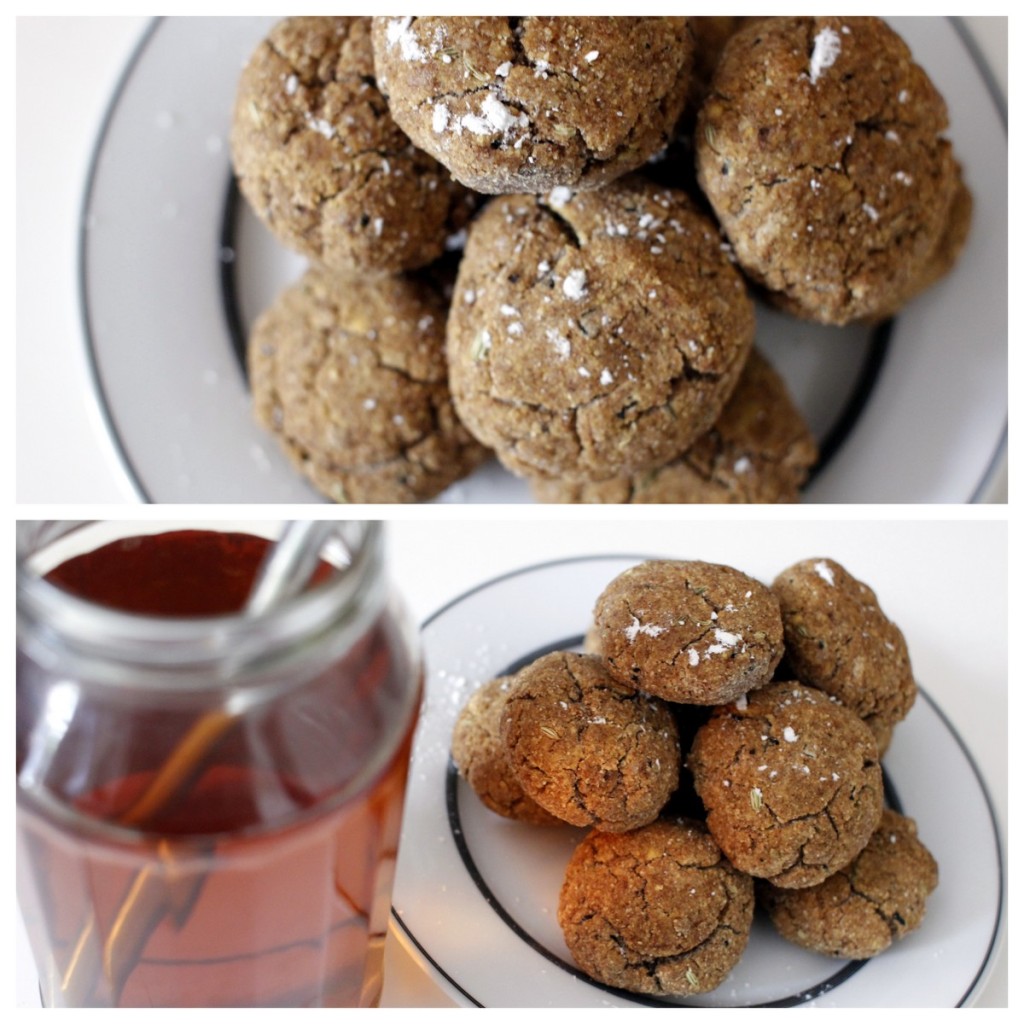 I’m not really into sweet foods and never order cakes or cookies at the cafe. Having said that, I do have a morning/ afternoon slump when I don’t eat snacks. So I tend to make some muffins and bars and keep them in the freezer so that I can easily grab when I feel like one.

These cookies are gluten free and sugar free. I used…

I mixed all ingredients in a mixing bowl, adding a teaspoon of brewed chai tea a little at a time until I get a right consistency to make a cookie dough. Roll them up and bake for about 25 minutes in the preheated oven (180). It turned out to be perfect 10 lovely balls.

Cinnamon is one of my favourite spices. I sprinkle ground cinnamon pretty much everywhere both in savoury and sweets. I mix cinnamon, ginger and honey to make a nice warm tea. Definitely love using cinnamon when making home-made muffins and bars. For savoury use, it is also great in curries, sauté vegetables, tagines, braising meat and so on. You can create Moroccan/ Middle Eastern inspired dishes at home. Apparently you can use as a room spray as well, which I haven’t tried yet. Ah, we have a cool cinnamon drink in Korea, too. Boil water, cinnamon sticks, slices of ginger and brown sugar in a pot until all flavours come together for about 30 minutes. Cool it down and keep it in the fridge. It is so refreshing and hydrating when drunk cool.

Cinnamon has been used since Ancient Egypt as a medical source. Amazing health benefits of cinnamon include regulating blood sugar (thus good for diabetes), reducing LDL (bad) cholesterol levels, fighting against fungal infection, boosting brain function, effective for menstrual pain and infertility and warming effect (good for a cold and flu). It is by far one of the super foods and I swear by it. I just had two of those balls with cinnamon tea for morning snack and it is hard to resist to go for another one. Delicious!