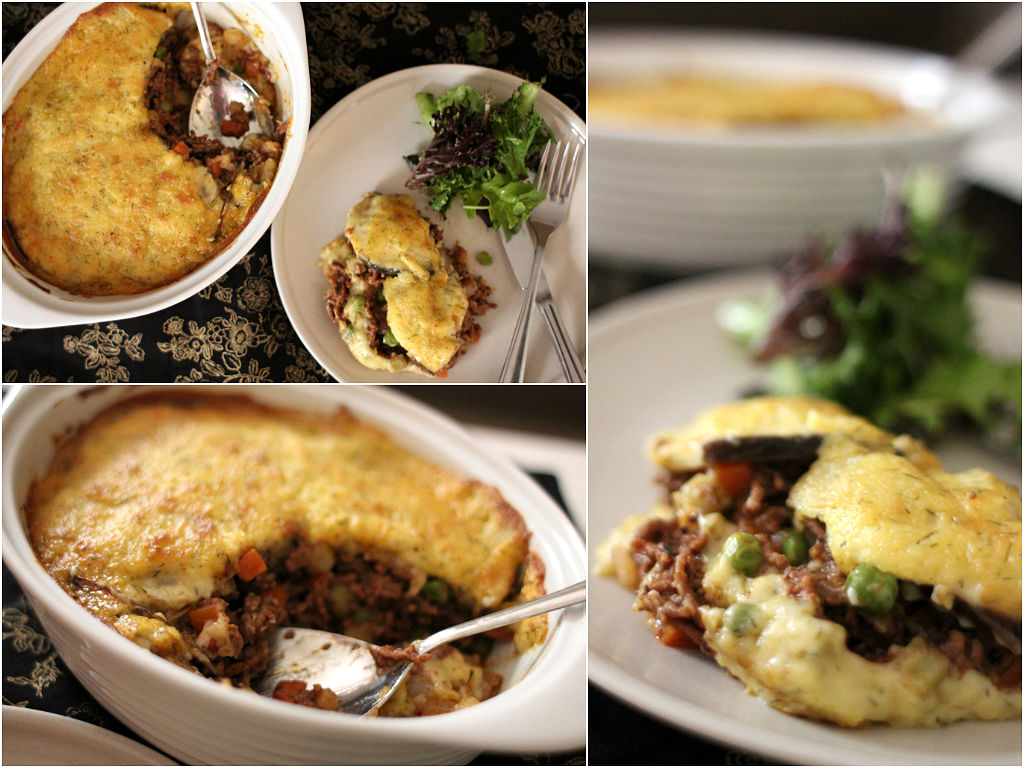 Shepherd’s pie is something I never knew about before I came to Australia. The name doesn’t really explain what it is. Pie? What kind of pie? Then I was surprised when I saw it because there was no pie crust or pastry used in the dish. Healthy pie? relatively. I had to google what the cottage pie is then because it really confuses me when people use the names interchangeably. This is what I found (you might already know>.<). The term cottage pie from England and Ireland (1791) came long before Shepherd’s pie (1870). Cottage pie used minced beef and sliced potatoes layered on top whereas Shepherd’s used minced lamb with mashed potatoes spread on top. I never thought I would make this, but yes for Daniel. It is very hearty, wintery, comforting food. I tried to make a healthier version using lean beef, lots of veggies and also cauliflower in the mash. You can even skip the beef and make a vegetarian dish, too.

In a large skillet over medium heat, cook the meat and chopped veggies until brown, stirring occasionally. Add tomato paste and all spices in, season with salt and pepper, cook for another 5-10 minutes. Add a bit of water if the mixture is too dry. In a separate pot, cook chopped potatoes and cauliflower until cooked. Mash until smooth and stir in the oil, milk, nutritional yeast and flour. Pour the meat mixture into the baking dish and spread the potato mixture on top. Put it in the preheated oven (180) for 20-30 minutes until nice and golden on top.