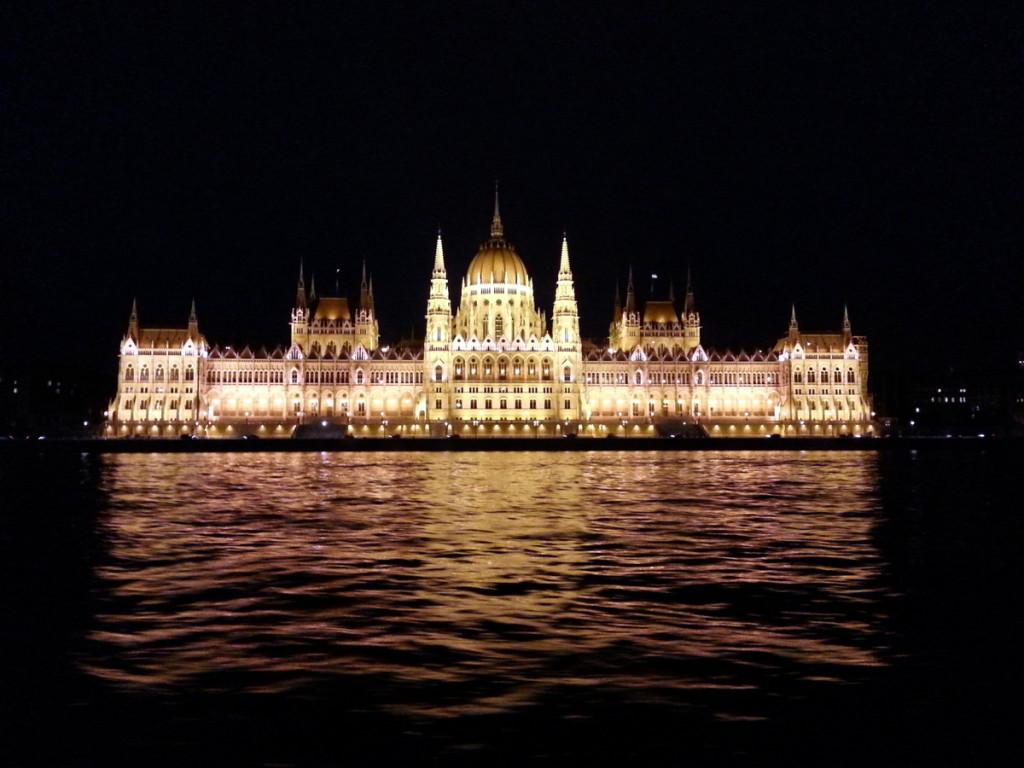 When I arrived in Budapest, it was already late afternoon. We had a pub dinner near the Budapest parliament, which lightened up when it got dark. Such an amazing neo-gothic architecture that makes you feel so small in front. We took a river cruise to have a look at a beautiful night view of Budapest. Parliament building, chain bridge, castle hill, etc. 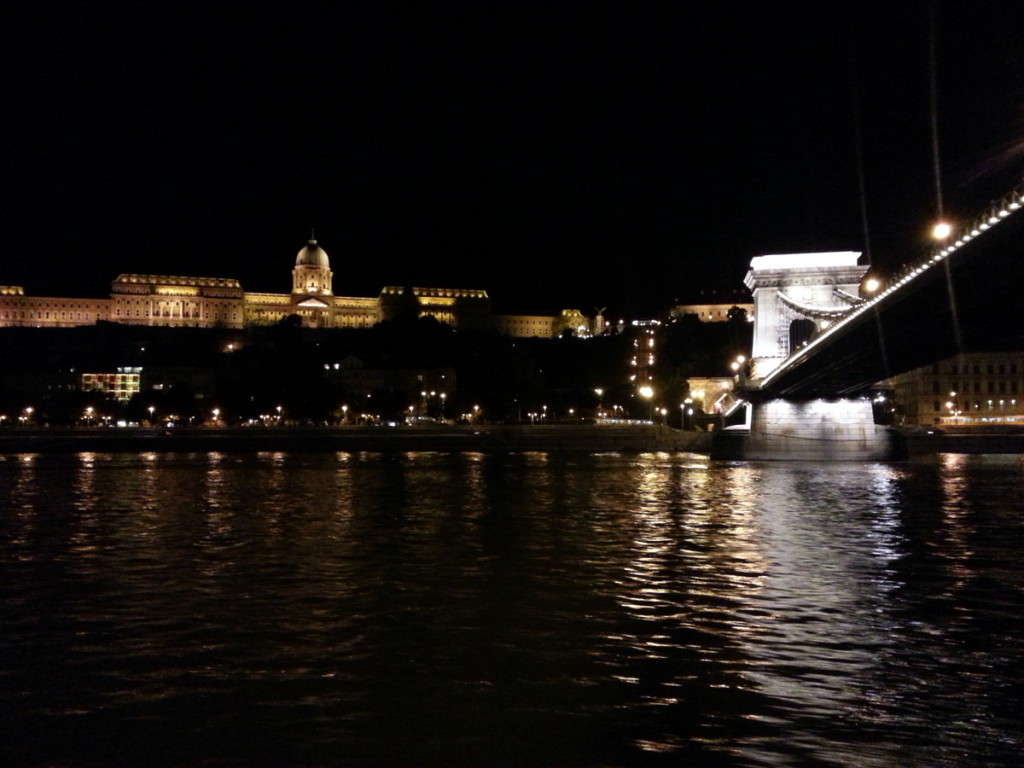 We also went to Heroes square which is located at the end of Andrassy Avenue. The monument was erected to commemorate the 1000 year old history of the Magyars.
After a couple of wines on the river cruise, I was so ready for bed since I was still jet-lagged (well..I don’t think I never got out of it until I left Europe…I’m so bad with time difference!) 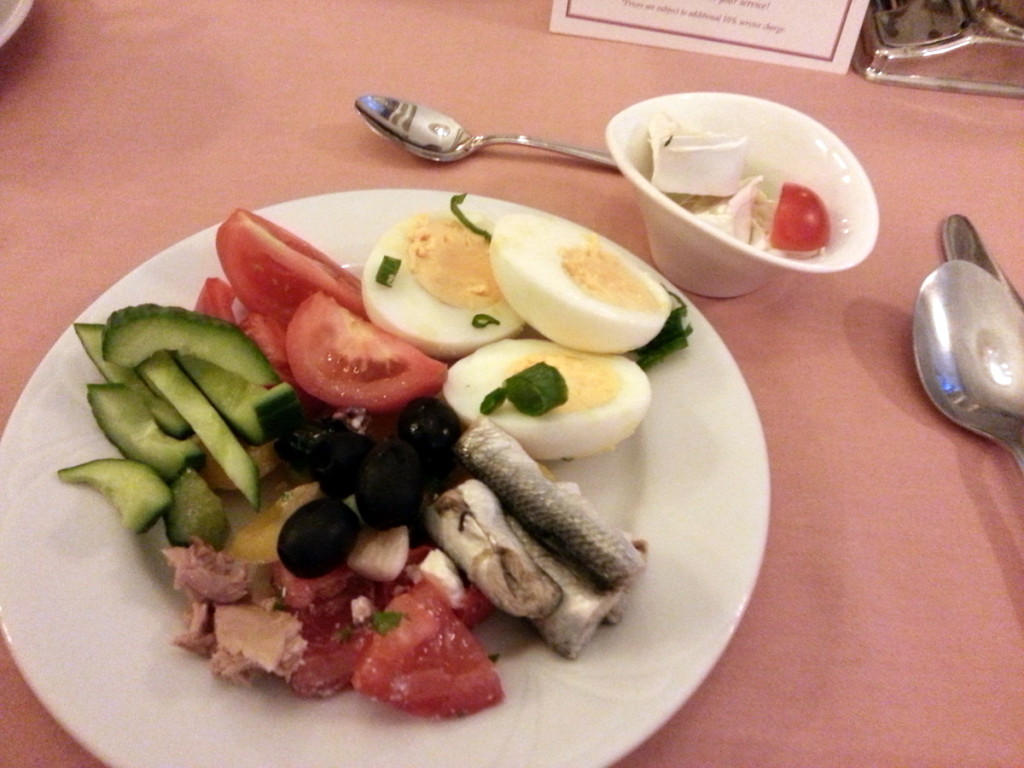 I was not a big fan of local foods in Europe. From my experience, they seem to have quite heavy salty foods with lots of meats and potatoes.
Best meal of the day for me was a hotel breakfast unfortunately. Fresh fruits, vegetables and some protein! A couple of plates lasted me almost all day 🙂 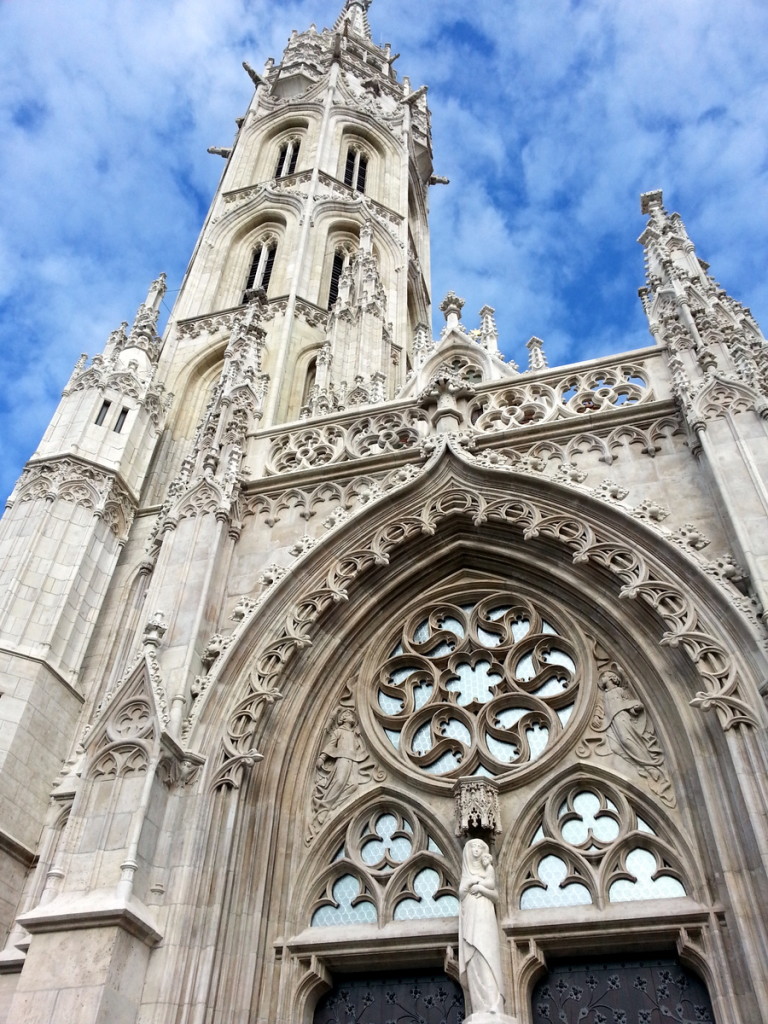 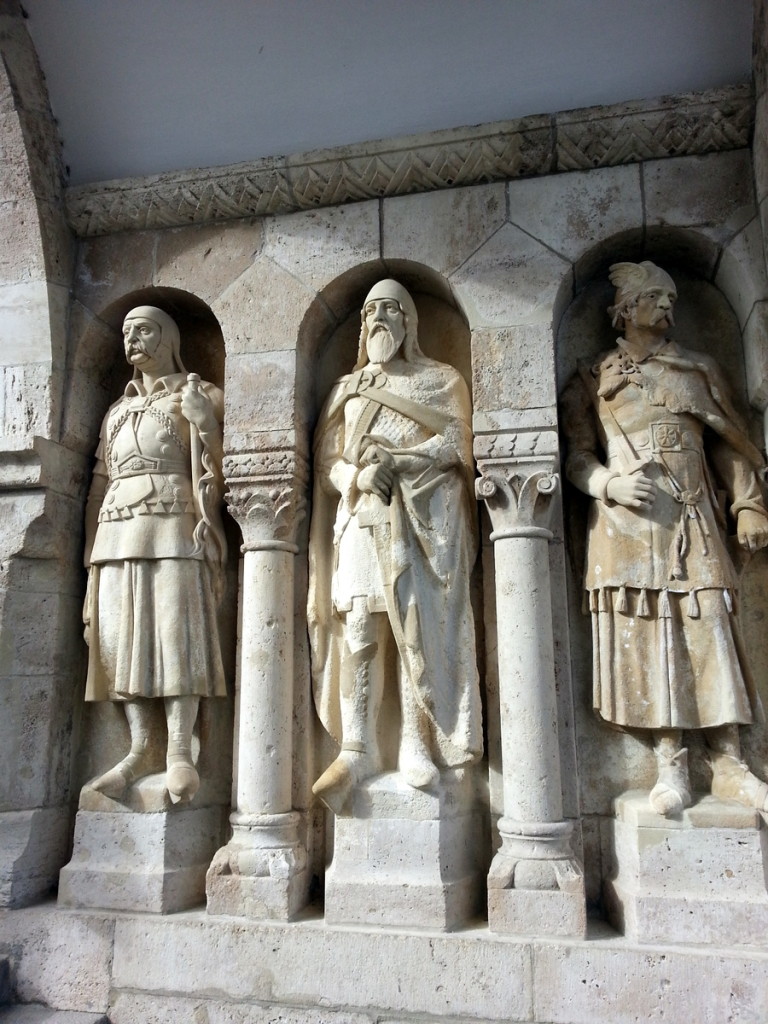 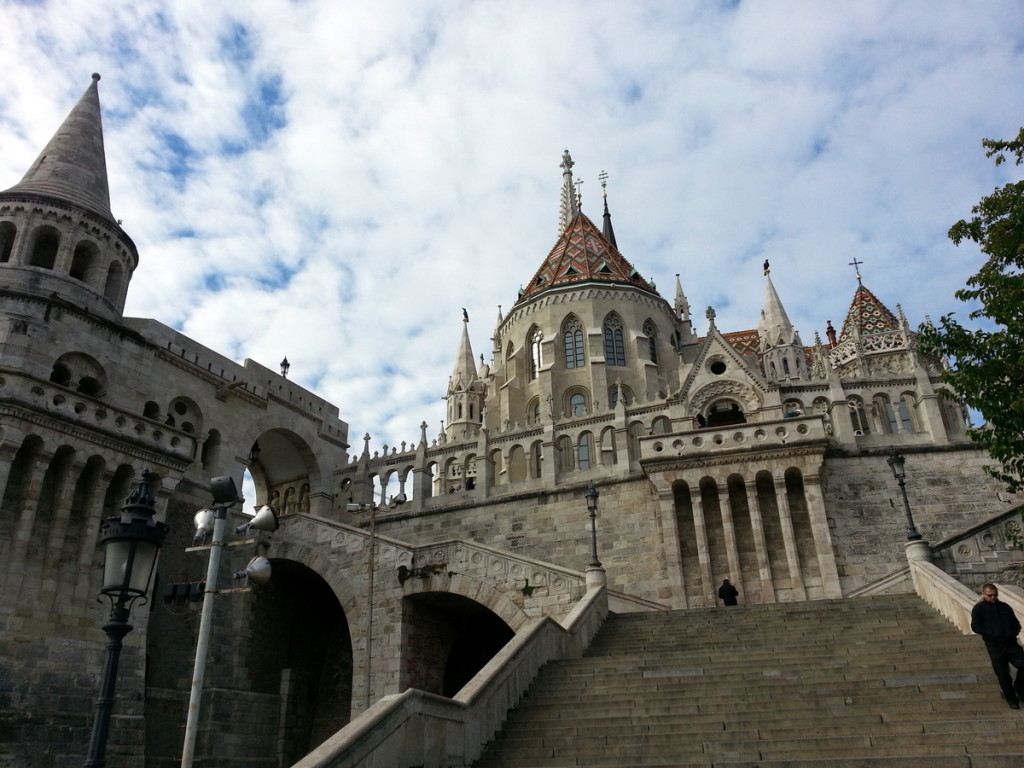 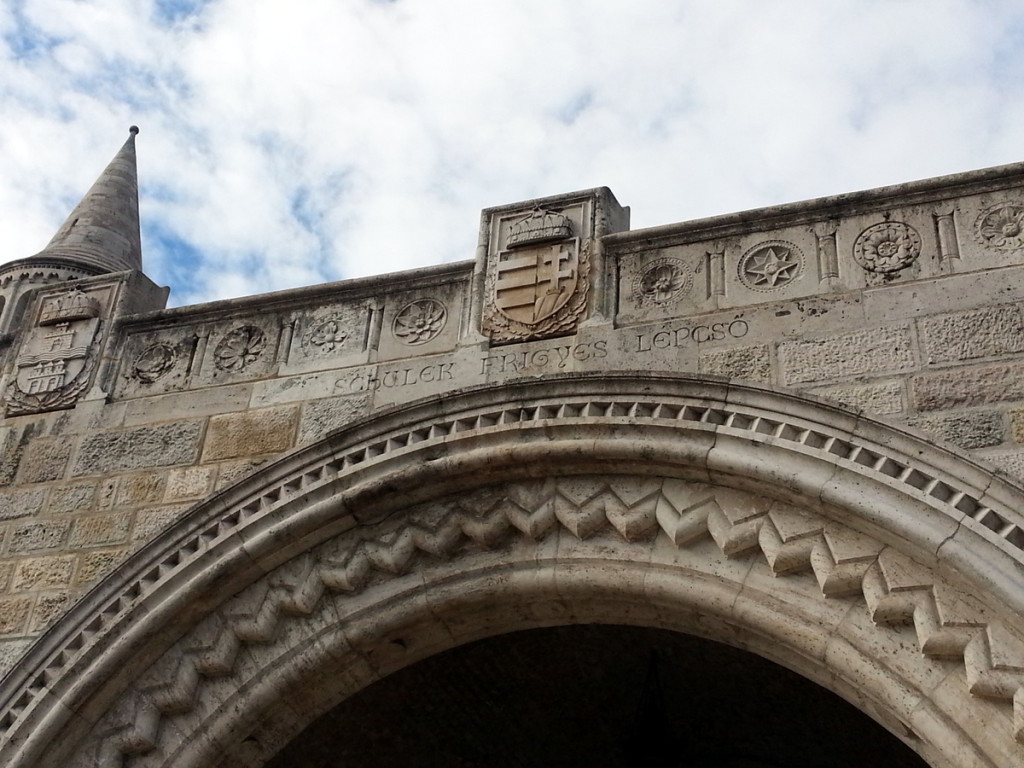 Fishermen’s Bastion.. Apparently there was a fish market nearby in medieval times, and this bastion was built to commemorate the fishermen who protected this part of the city.
There is a lookout at the top. The view from there in the morning was quite different to the night before. Then we took a walk through the Castle hill that has old citizen houses and narrow streets. The best aspect of the building that I was very fascinated by was the intricate design on the balustrading. This design was on many monuments when we were exploring the place. This is also something that I was very fascinated by and was a design that I would apply for my home. 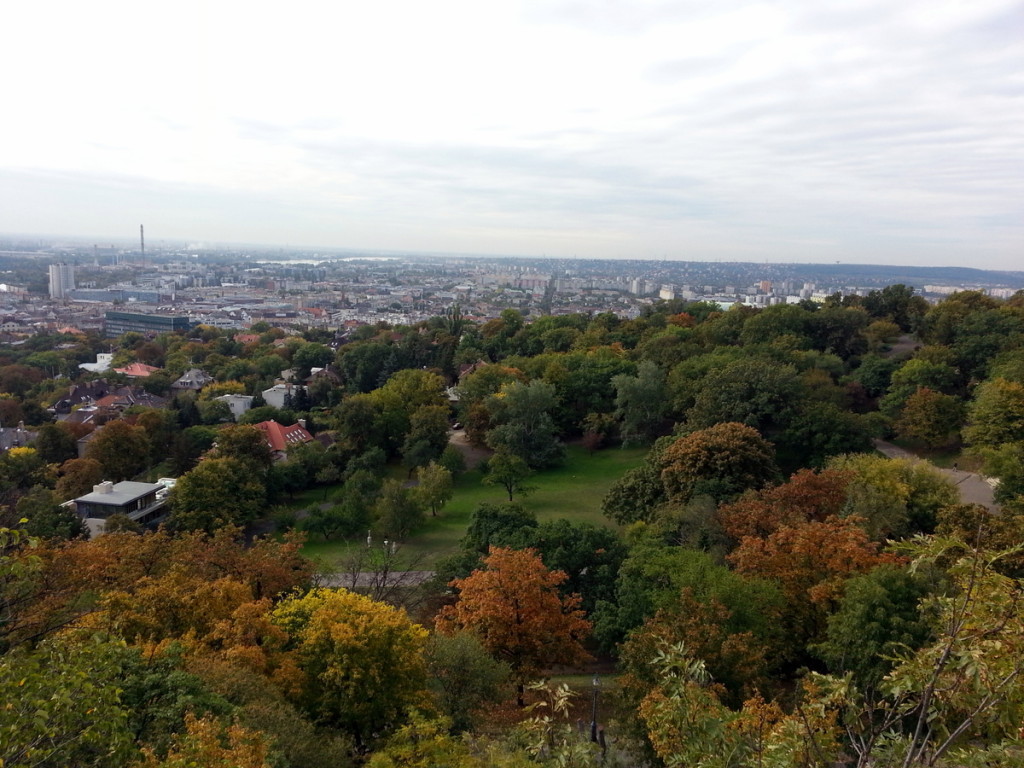 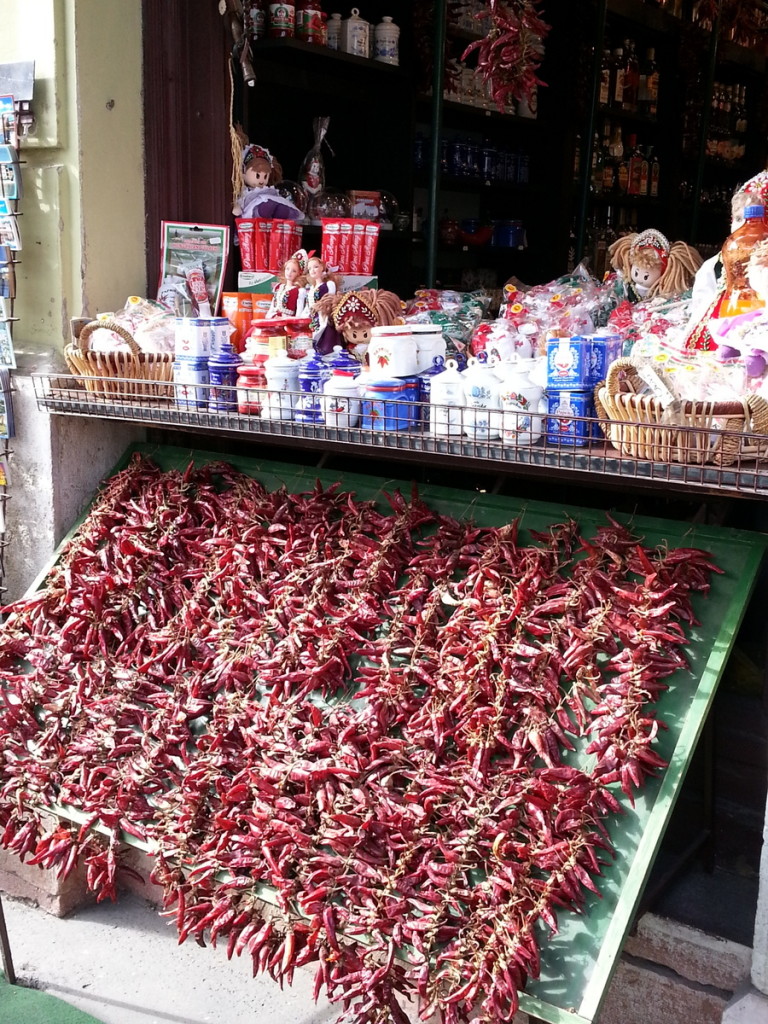 Beautiful Autumn colour trees covering up the hill. It was only late September though Autumn here seemed a bit early. My favorite season of the year!
You can find a lot of ittle souvenir shops had paprika (chillies) hung up to dry in the sun. Apparently a person who discovered vitamins in this chillies won the Novel prize.
After a only short walk we arrived in the Royal Palace, which was build in the 13th century after the Mongolian invasion. It’s used as the national gallery and history museum now. 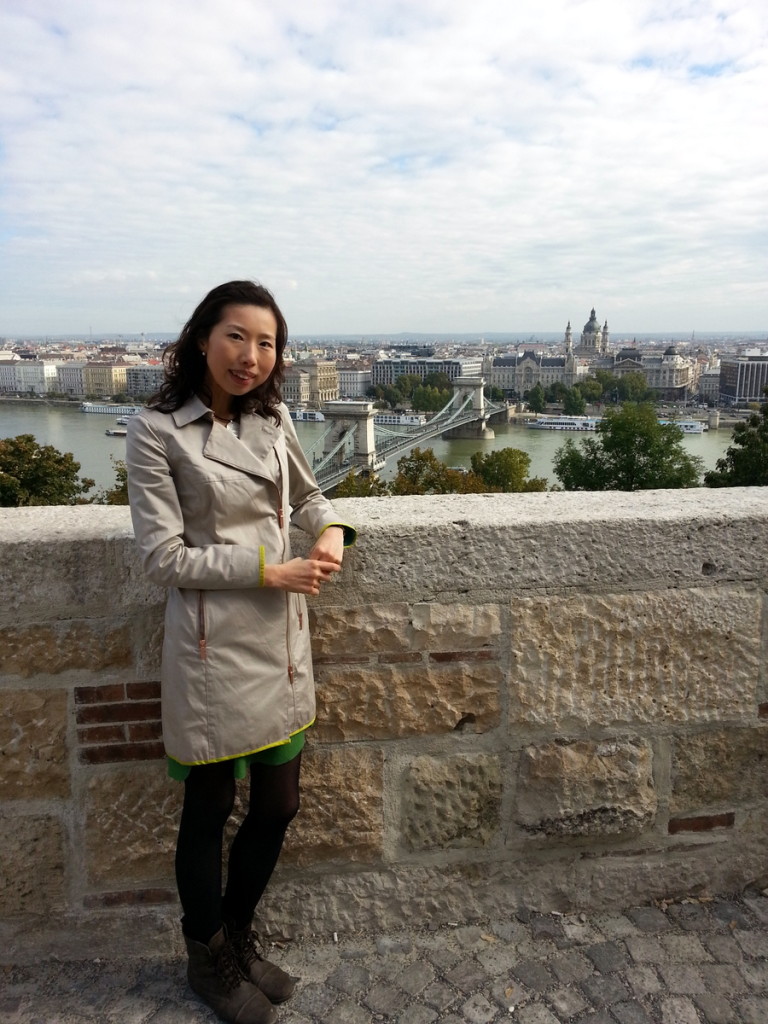 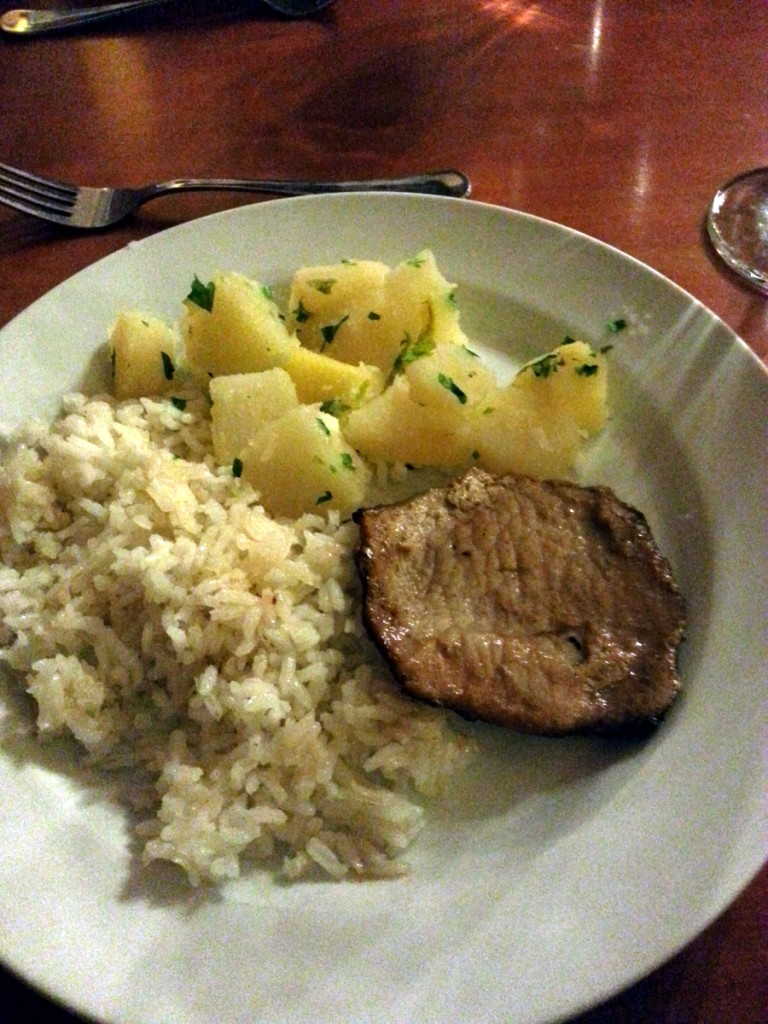 Last meal in Budapest was pork, potatoes and rice (where is my greens?), then we headed to Wien, Austria.
It was a short stay in Hungary and definitely didn’t have enough time to get around the city and park area. I would love to go back there and stay a little longer next time to go to the parks, museums and local bistros and brasseries, too.
So many things to do in so little time in Europe:) 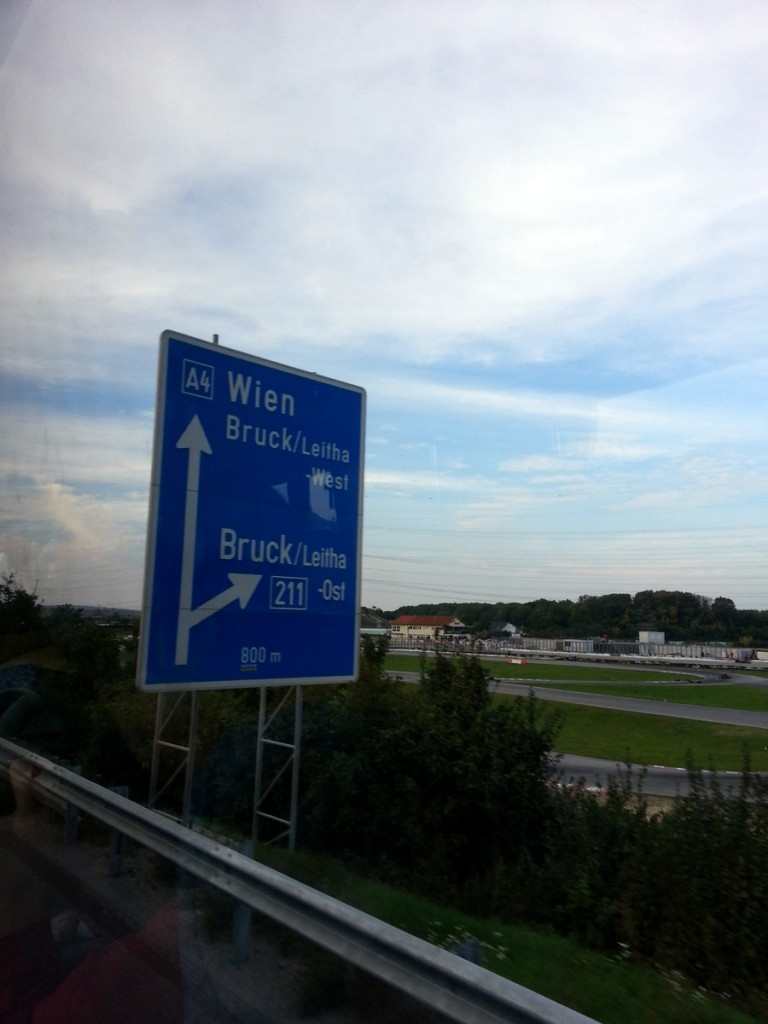